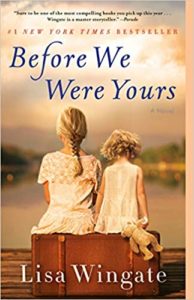 I just reread this book in preparation for book club.  (Earlier review below).  Loved it the second time through.  Book # 16 during stay-at-home.

One response on “Befiore We Were Yours – reread”